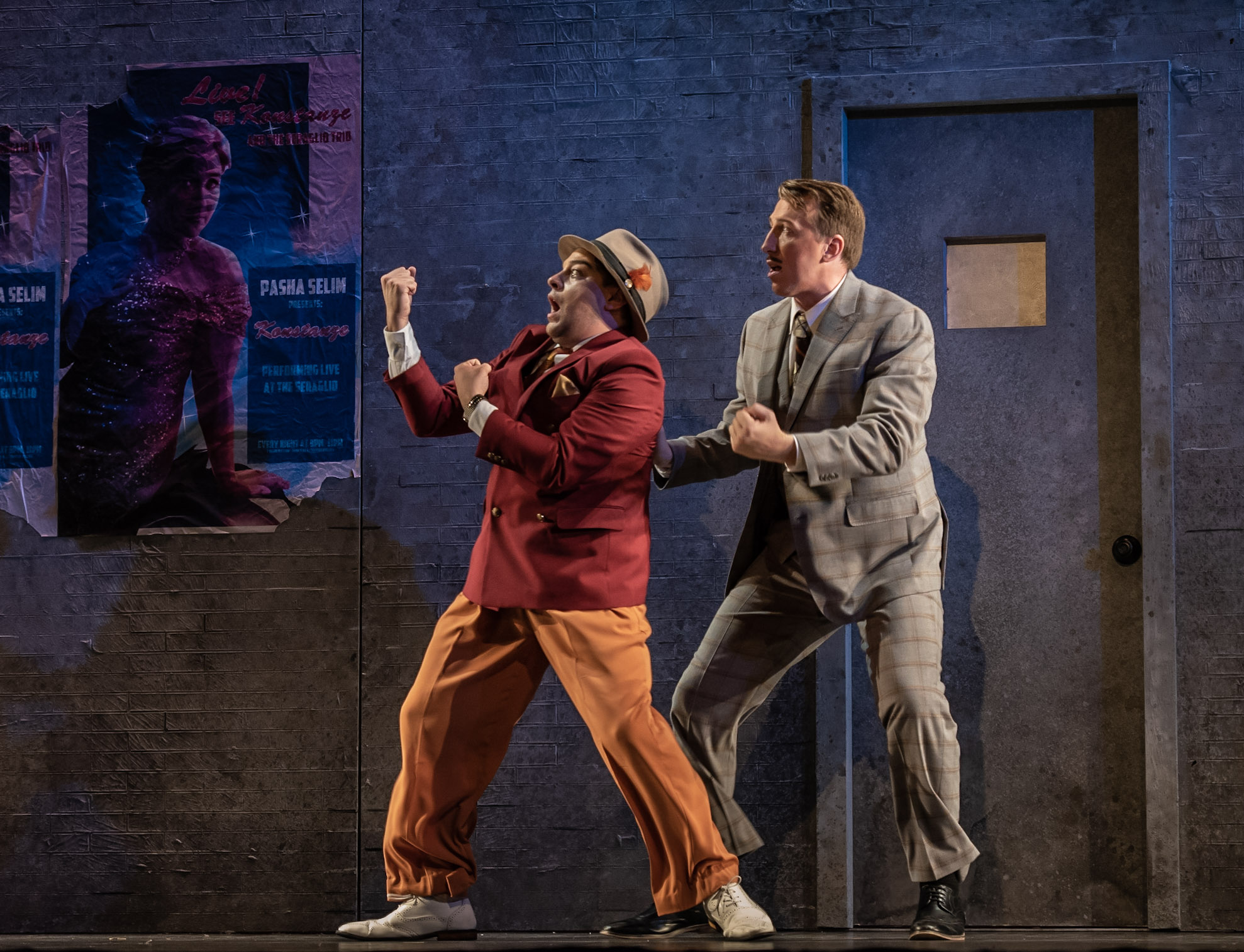 How to Defeat Your Rivals… Ethically.

Want to start with a with a little story that happened to me in college. There is a giant singing competition called the NATS (National Association of Teachers of Singing) competition in West, Texas.

This particular year I was ready to win. That year I had made it to the finals. Also singing that year was this guy named Rafael Moras. If anybody knows him, you know he’s like the sweetest human being alive.

Anyway, a lot of buzz was going around about this kid. That year he had made it to very far at the Metropolitan Opera competition and everybody was talking about this guy.

The finals came up for NATS. We sang… results came out… and I got fourth place. It couldn’t be! I thought this year was my year… But Rafael won.

I was so mad. I was so mad because I thought I should have won! I had these killer Bbs!

He sang Una Furtiva Lagrima, I sang Ah! Leve toi soleil! from Romeo et Juliette. My high Bbs were on point and I thought for sure nobody can beat those high notes… and I lost… I lost!!!

Later that night I went to the parking lot of our hotel with my buddy Patrick, who got second or third place that year (excellent baritone not singing anymore), and we were pissed because we just knew we should have won. We took our NATS certificates and we burned them in the hotel parking lot.

I’m sure there was alcohol involved in that decision. I had a day think about things, fairly hung over, and that’s the day that I decided that if I lose a competition or a role that I think I deserved, I need to look at that person that beat me and instead of trying to find all the reasons I should have been chosen, I should look at all of the reasons they were chosen.

Now what I distinctly remember about that NATS competition and Rafael’s singing was not only did he probably sing more beautifully than I did, he sang more consistently than I did.

For me it was all about the high notes. Get me to the high notes! But that’s obviously not what won it! So I learned from Rafael. I knew how to win next year. Work on singing consistently well!

So over the next year, that’s what I worked on. And when the same time came around the next year, I went and sang in The Graduate Division of the NATS competition, and I freaking won.

I have taken that lesson with me throughout the rest of my career, my young artist programs, and other competitions I didn’t win.

So when went to an apprentice program and there was a tenor that was getting a little more Buzz or attention than than I, would think, “Okay. What are they doing that I can’t do… Well that tenor is just fearless!”

I might go up to the high Bb and think, ‘God, I hope this works!” and then I would look at this other tenor and he’s like, “I got this, no problem!”

So instead of hating that guy, I would learn from him. Over the next year I would work on my confidence level.

And if I just didn’t know why or how someone was so good at something, I would just asked them straight out. I’d study my competition because these are people who are potentially getting jobs over me or the people who are getting a little more Buzz than me. It made me think, “why are they getting more attention than me from General directors, from artistic directors, from people in power, and people who hire?”

If I wanted to work and get better, it was my duty to ask. It was my job to try to be the best I could be. I was happy that I was able to put any pride away when asking for vocal help from colleagues.

This is just physics. Singing is just physics! It’s Acoustics. It’s a vibrating body in a resonating chamber. It’s just Acoustics! If somebody does it better than you, they’ve just I figured out the science of it.

You can learn that too. I also often tell myself, “If they can do it, I can do it.” I know it sounds stupid but it’s the reason I’m able to ask for help! I listen to Pavarotti singing a high C and when I’m frustrated about my high notes I think, “if he could do it I could do it.”

There’s it’s just physics. It’s just acoustics.
It really is that simple. If your rivals can do it, you can do it.

When you think that you’re better than somebody but they’re getting more work than you are, you really should take the time to figure out what they’re doing. Even if that means kissing some butt and asking them to help you.

Anyone who has ever come up to me and asked, “how do you do this?” I’m like, “let’s talk. I’ll take you to a practice room.”